The week started off with the water just above 2ft on Monday morning. It proved to be a frustrating day with plenty of fish in the pools that just wouldn’t look at the fly. Thankfully we did manage to land one fish, Graham who had joined Alan Scott for the day on Almont had not fished for salmon for many years and was rewarded on his first day back with a 12lb fish from the top of the flats.

With rain overnight we had a 3ft water on Tuesday morning and the fishing improved. Chris Morton had a day to remember on Dalreoch landing a 16lb fish from the Craig and a 19lber from Poundland. Up on Almont Andrew Mcilwraith had a 12lb fish from the flats. With the rods gone for the day I managed a cast at night and landed a 9lb fish from the Battery.

The river had dropped throughout the day on Tuesday but was still at a good height on Wednesday morning. Similar to Monday the fish were showing in every pool but frustratingly not one of the six rods connected with a fish.

The river has now dropped back however rain is forecast for Sunday. We have some rods available next week so please get in touch with Gordon on 07957 942317 for information and bookings.

As we move to Autumn fishing we can look back on a decent start to the season. We had 32 fish in the book by the end of July and enjoyed a decent August with a further 32 fish landed. This takes our total to 64 for the season so far. Over the last ten years this figure was only matched once in 2012 when we also had 64 fish in the book by the end of August. One thing worth mentioning is the quality of the fish in the river this season with multi sea winter fish making up the bulk of the catch. Taking into account all of the 64 fish landed, the average weight is over 12lbs, we have landed 20 fish that weighed 14lbs or over. Let’s hope the good fishing continues for the rest of the season.

We are currently making changes to the website and will be adding new features in the next week or so. Keep an eye out for beat features, up to the minute catch records and more. 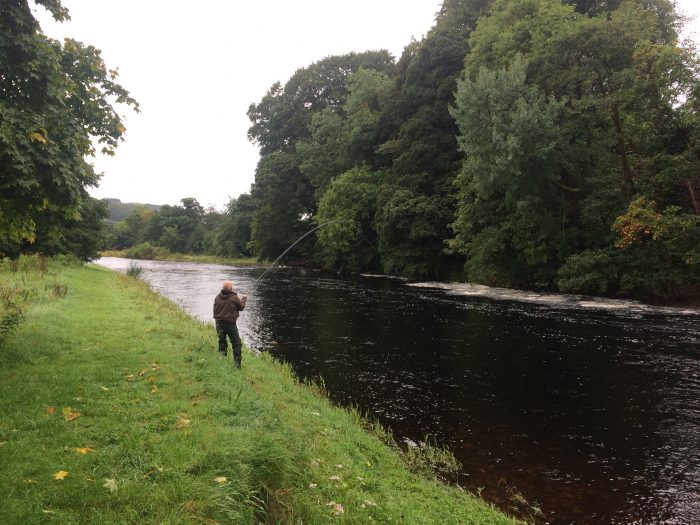 Playing a good fish in the Criag 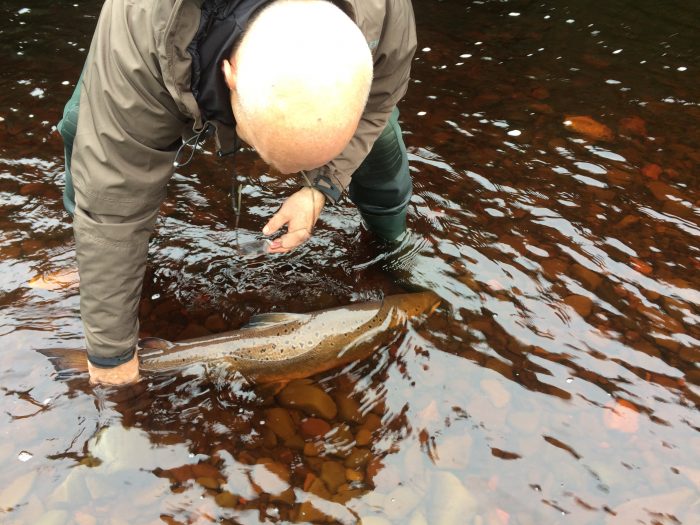 Returning a 16lb fish to the river