Another challenging week on the River with the water up and down again but we still enjoyed some good sport at times. The double figure fish still feature heavily in our catches

On Monday morning the river had dropped back to 2ft at Colmonell Bridge. We only had a couple of rods on and Jim Hopkins had a nice brace of 10lb fish from Almont.

On Tuesday we again only had two rods on Dalreoch and Bill Dungeval had a lovely 14lb fish from Hairs Took. Bill kept up his good run on Wednesday even though the water was around 5ft at the bridge in the morning, Bill had a brace from the Smiddy Weel at 7lbs and 15lbs and lost another two. Simon Littlejohn joined us in the afternoon and landed a grilse from the tail of the Craig and lost another. 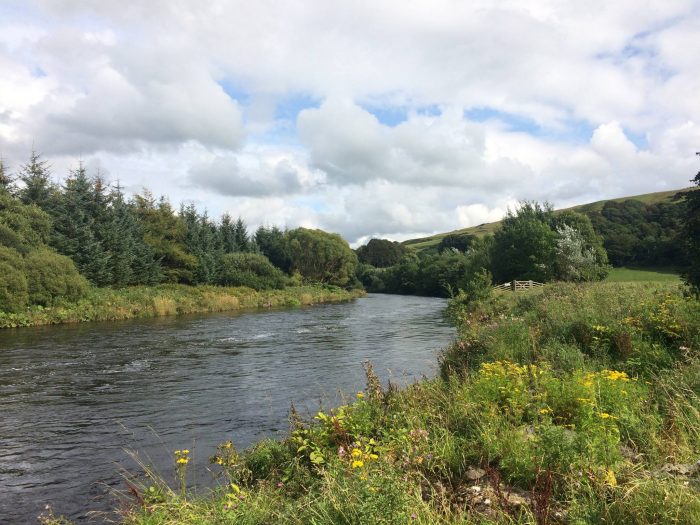 The water was perfect on Thursday and the three rods fished hard all day. With plenty of fish seen it was to be one of those days where the fish were put off the take. This seemed to be the case on most of the river but Willie McNish saved the blank with a grilse from Dangart late in the day.

Friday was a washout but the river dropped back to 4ft by this morning. Mike Timson had a great morning landing two grilse and an 11lber from the tail of the Craig, the 11lb fish was still carrying a couple of sea lice. Brian Robb had a fresh fish of around 9lbs from the Lairds Run on Almont. Another rod had a fresh 15lber in the afternoon again from the tail of the Craig Pool. 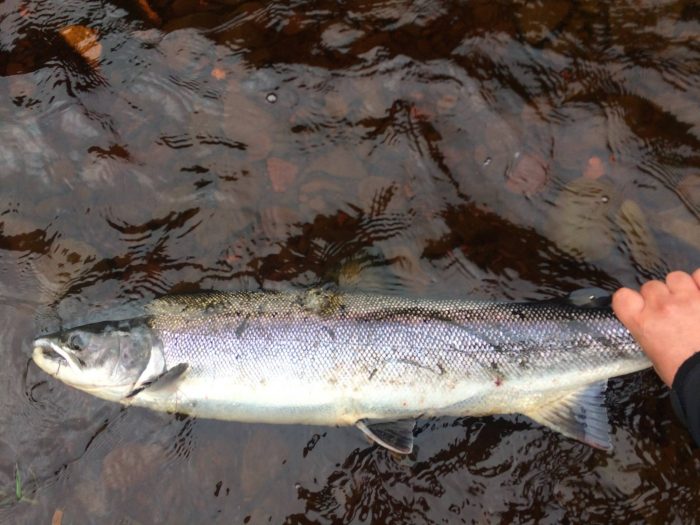 15lb fish from the Craig on Saturday 26th August