What a day for Simon Littlejohn

Last week was tough going with the river up and down again. When it’s like this the fish don’t seem to paly. We still managed a couple of fish both of which were 12lbs, one from Poundland Pot on Dalreoch on Thursday and the other for Brian Sloan from the Hut Pool on Almont. We had a few fish lost throughout the week but all in all it was disappointing for the rods.

I’m happy to say that this week we are off to a good start, we have a few rods fishing today so i have still to hear of the final tally but Simon Littlejohn has had an exceptional day so far landing three fish from Dangart on Dalreoch and another from the Hairs Took. The fish weighed 10lbs, 17lbs, 19lbs and 20lbs. Well done Simon, what a day!

We heard of a few fresh fish entering the river last week so hopefully we will run into a few of them this week.

I will update the post as a hear from the other rods.

We have availability this week on Dalreoch and Almont and prospects look half decent at the moment. To book rods cal Gordon on 07957942317 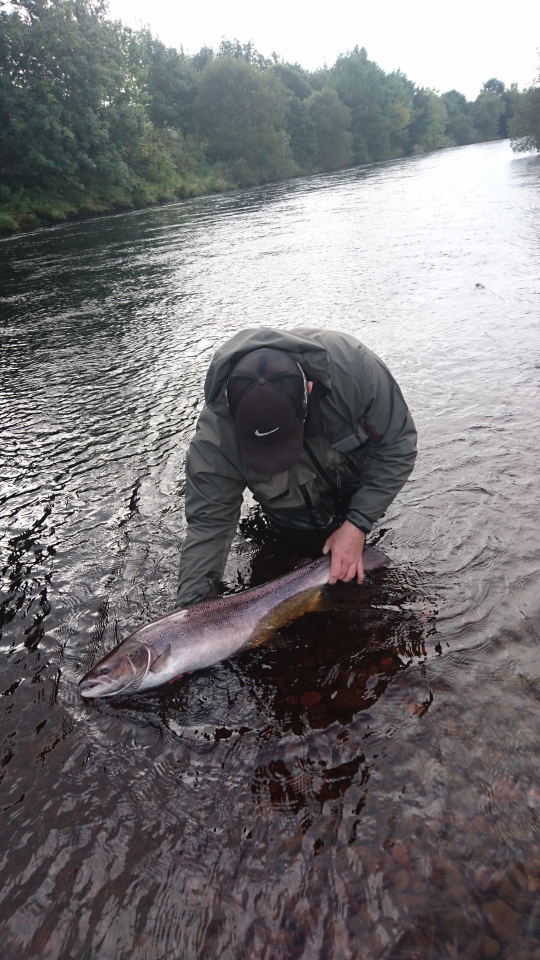 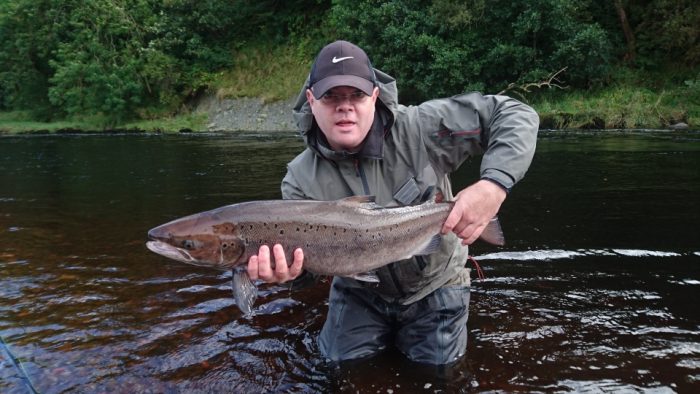 Simon Littlejohn with one of four fish from today 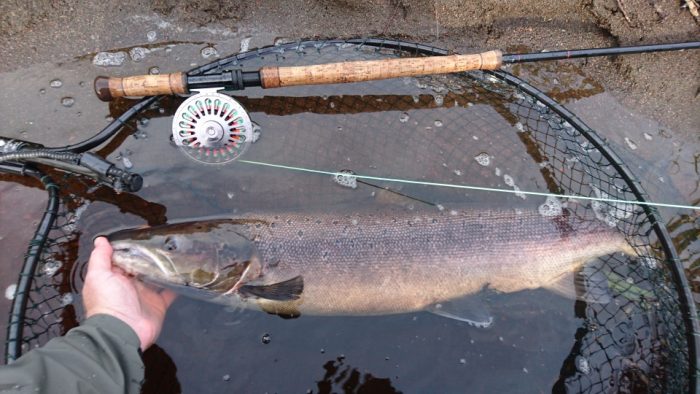