Well this week was tough going with high water for most of the week. Levels would just get to a good fishing level at the end of each day but with heavy rain they were up again by the morning.

Tuesday was a washout but we landed three fish on Wednesday before the high water wasted it again (8lbs, 13lbs and 16lbs). The water was still high on Thursday but Ryan Mcshane saved the blank with a fresh grilse from the Craig. Friday was the same with high water in the morning again, David Murphy saved the day with a 14lber from Greystanes. On Saturday things looked promising when i checked the webcam at 6am but by 9am it was big and dirty again. The river did clear later in the day and although it was still high we managed to land a few fish. On Dalreoch Steven Cope had a 9lber from Dangart and lost another. On Almont Paddy Kelsal had a brace at 10lbs and 6lbs and Craig Hopkins landed a lovely fresh 15lber. One of the syndicate rods on Bardrochat also had a grilse of around 6lb and Noel Hainey landed a 12lber late in the day. 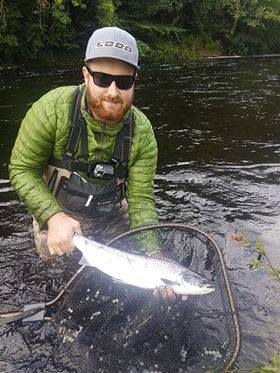 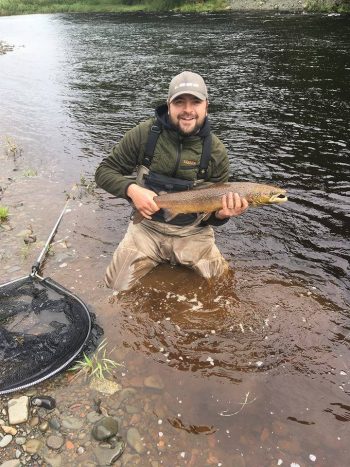 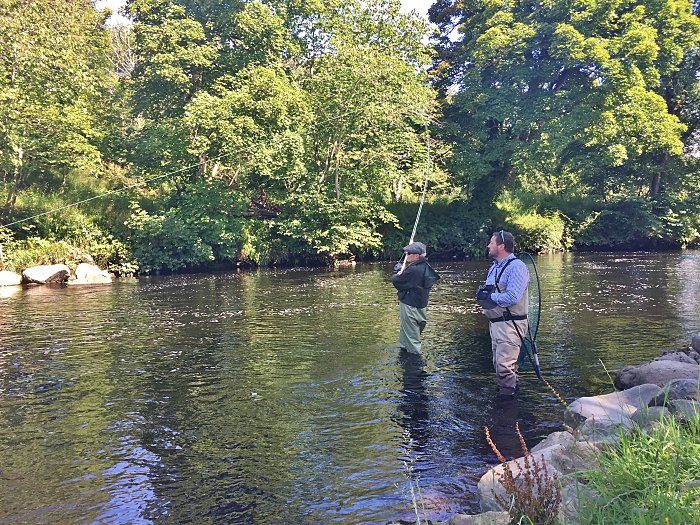 The beats never really fish well in high water especially with it rising further every night. I’m sure we would have had a much better week had the river settled.

We have plenty of availability this coming week, call Gordon on 07957942317 if you would like to book fishing