Another week of rain and high water most days. With the river levels up and down on a daily basis, fishing has been challenging.

Tony Perrin’s group of four rods fished Almont from Monday to Friday but despite seeing a lot of fish, they only managed to land a couple, one on Monday and a 2nd on Wednesday.

On Dalreoch Tom King landed his first ever salmon on Wednesday, a lovely fresh 5lb grilse from the Battery. Other highlights included another big fish for Simon Littlejohn on Friday. The rods on Friday fished hard all day for very little return apart from the odd pull, just as the light was going Simon’s perseverance paid off when he landed a 21lb cock fish from Dangart.

The water was in good order on Saturday and the Dalreoch rods enjoyed a decent morning landing three fish to 20lbs and losing a further three. Unfortunately the sun made an appearance around 11am which brought an end to the action. Willie Peffers had a 20lber from Dangart, Brian Robb a 10lb fish from the Doctors and Steven Cope landed a 13lber from Smiddy Weil.

I really would like to see the river settle but the weather forecast for the next week or so shows more rain and wind.

We are still managing to pick away and land a few fish but I can’t help but think some settled weather with frosty mornings would see catches improve. On a brighter note there does appear to be a few fresh fish entering the river at the moment. The grilse we landed on Wednesday was straight from the sea and we saw a few more on Saturday. There have also been reports of a few more landed on other beats over the last few days. The seven fish we landed this week took our total to 88 for the season so far and 24 for the month of September 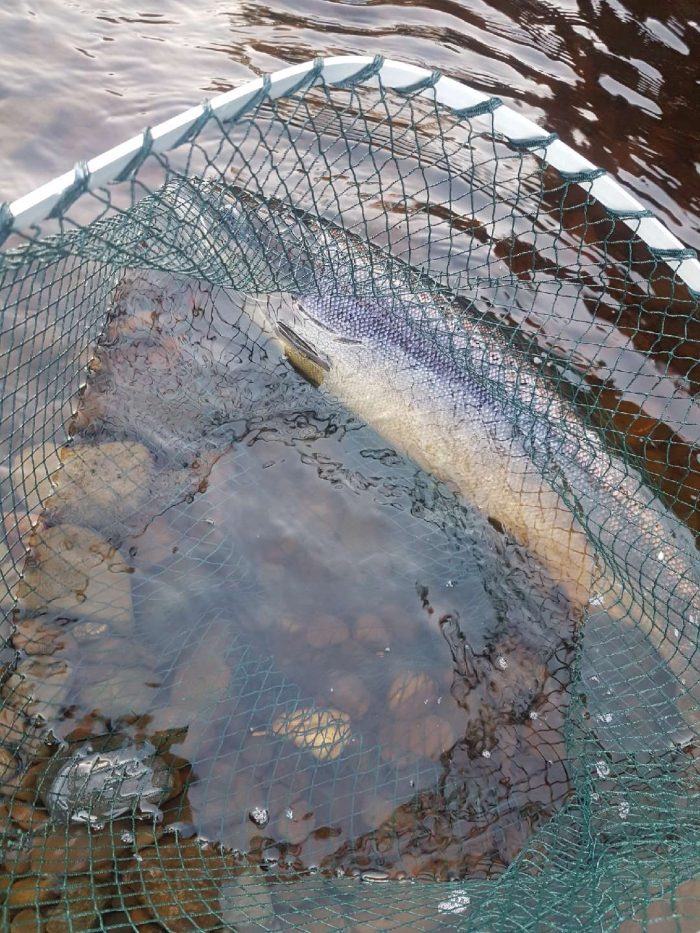 A nice fish for Wullie Peffers on Saturday 30th September 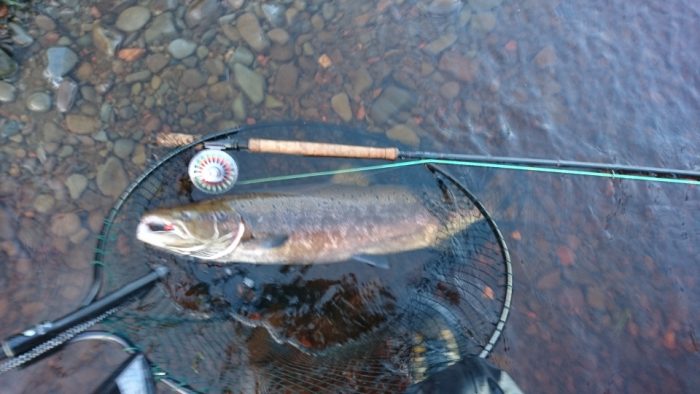 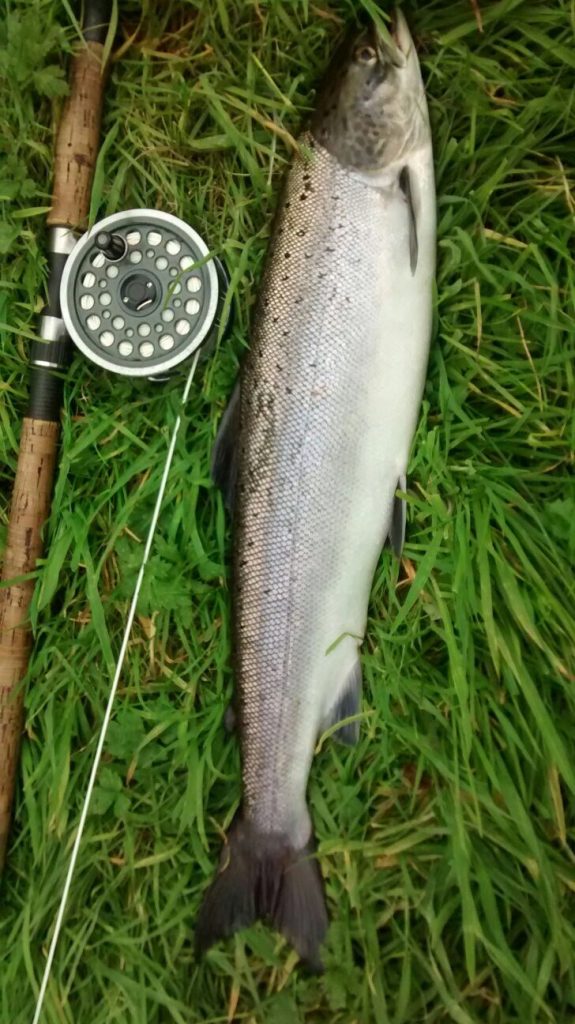